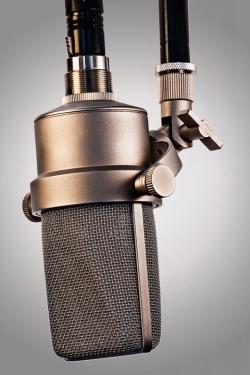 Found this quote from Beverley Knight, while I’m on the topic of Beverley Knight. I’ve often thought that I don’t understand people who don’t like music.

She’s talking about singing in front of the G8 leaders in 2006:

“Wow! Now, I’ve been in front of some pretty disparate audiences, but singing for the leaders of the free world was quite extraordinary. The only one who wasn’t there – and he was conspicuous by his absence – was Dubya.” She puts on a manly Texas accent: “Cause he don’t like music, apparently, he prefers sporrrrt.” And then back to her Wolverhampton voice: “Alright mate! I’m suspicious of people who don’t like music. How the hell does that work? Tell me you don’t like some kinds of music. Don’t tell me you don’t like music, because that’s kind of weird. Tony Blair and Cherie were there giving me the thumbs up, totally into it. Putin was there – now, when I say that man’s face didn’t crack, I mean, it was scary.”

Interview from the Guardian.

"Everyone is focused on how we will make work work after such a severe shock to the system. But the ultimate answer won't be found in hybrid remote and in-person offices. The way to make work work is to cut it back." https://j.mp/3rkXc2V

"It would be easy to assume that the pandemic had dealt a final blow to co-working spaces. Instead, they are doing just fine, taking advantage of pent-up remote workers and a very confused commercial real estate sector." https://j.mp/2Uuikrc

"Disruptive though it was, last year's abrupt transition to remote work may, ironically, prove considerably smoother than the shift to whatever counts as normal in the post-pandemic era." https://j.mp/3r5ThH2

"Health officials said the measure was intended to prevent people breathing too fast or splashing sweat on others." https://j.mp/3kdZE9L

"The shortcomings of email have only been exacerbated by the pandemic because it has replaced too much: Decisions that were once made by stopping by a co-worker's desk have been relegated to inbox ping-pong." https://j.mp/3yNTdhQ

"The hulking vessel sailed up the Suez Canal, past a lavish party of assembled diplomats and flag-waving canal authority officials in Ismailia, as smaller boats sprayed jets of water in celebration." https://j.mp/3dUVdg1

"Some of us have been forced by catastrophe to think about what really matters. Some have realized that, for all that we loved our job, our job didn't love us back." https://j.mp/3dookIn

"Hybrid working, hailed by some as the perfect post-pandemic set-up, will quite feasibly create a two-tier workforce in which those who are physically present are professionally favoured over their remote counterparts." https://j.mp/35ZBMOV

"Normally, people see a line and give up, but not that night. The city seemed to have exploded. It was unreal to be back and to have it be not only as good as I'd remembered but better, heightened by gratitude and relief: we were still here." https://j.mp/3h8UCIC