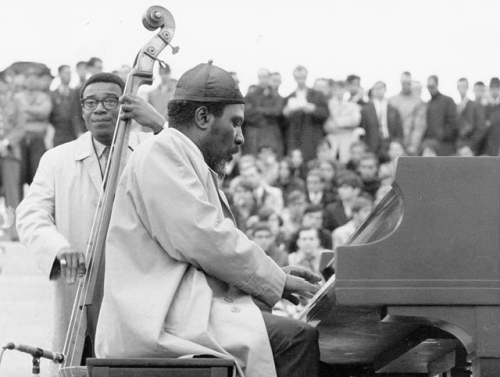 Thelonious Monk, from Library and Archives Canada via Wikimedia Commons

Bassist Al McKibbon, who had known Monk for over twenty years and played on his final tour in 1971, later said: “On that tour Monk said about two words. I mean literally maybe two words. He didn’t say ‘Good morning’, ‘Goodnight’, ‘What time?’ Nothing. Why, I don’t know. He sent word back after the tour was over that the reason he couldn’t communicate or play was that Art Blakey and I were so ugly.”

I find myself wondering what the two words were that he did say. Maybe I have too much time on my hands. 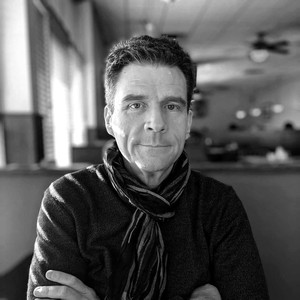 I spraypainted the buddha https://instagr.am/p/CD14dQfAnFb/

“Other countries in Africa are watching the negotiations between Namibia and Germany closely as they consider launching their own efforts to gain compensation for the violence and theft of decades of European rule.” https://buff.ly/3akH3lB

“I have rewound this particular sequence many times, simply to revel in its hope. What if there is a song you have never heard before that could still topple you? Maybe it’s out there, waiting, the twins suggest—just keep listening.” https://buff.ly/33Uz7X5

“the oddly soothing phenomenon of being reminded that, in ways entirely unrelated to Covid-19, the world continues to be a baffling and violently unpredictable place” https://buff.ly/3fy8kBL

“This might have been the time to rethink things. Instead, everyone doubled down and made more stuff.” https://buff.ly/31orG7z

“The pure abstraction and infinite possibilities of online existence still suit and excite me, and returning to material things and the obligations of creaturely existence can feel like a comedown. But it’s a necessary one.” https://buff.ly/3iCN1Ss

"Hegel remarks somewhere that all great, world-historical facts and personages occur, as it were, twice. He has forgotten to add: the first time as tragedy, the second as farce." - Karl Marx. https://buff.ly/3hWUACe

“Oliver may not openly attack the government, but he is, in some ways, quite trenchantly anticapitalist.” https://buff.ly/2DhowKB